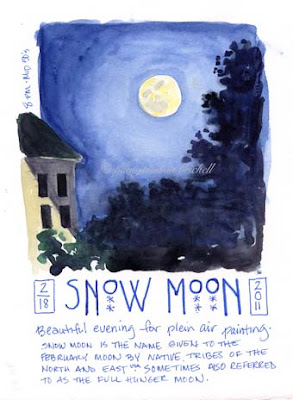 As stated in my previous post, I was a tad excited to capture the full moon rise but horizon clouds got in the way. I had a perfect spot by the marsh picked out and it was close enough that I could walk from our condo.

After dinner, the moon was just rising over the trees out front.  It was way to dark for me to toddle off to my spot by the marsh so I parked my folding chair on the front walk way. A snippet of the first condo building made for a good left corner frame. The buildings have green metal roofs.  When the moon is high overhead the roofs have a wonderful shine.

The name Snow Moon was given to the February moon by Native American tribes in the northeast. Rightfully so, as February is the time of the most snow. I also learned that it's sometimes referred to as Full Hunger Moon.

My quest to find what southeastern tribes called this moon took some digging. The Cherokee tribes territory in Georgia, North and South Carolina didn't really encompass the Coastal Plain of SC. But, they called the February full moon the Bone Moon and held a yearly ceremony to honor the dead. The native tribes of this area were called the Yemassee. Hopefully I'll have more info on them another time.
Posted by Pam Johnson Brickell at 12:07 PM 6 comments: 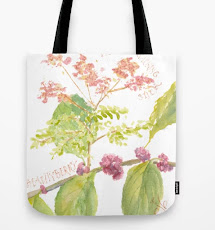